How Menswear Fashion is Evolving in Realtime

In an iconic turn of events, the menswear industry has recently surpassed womenswear development, and continues to do so. The typical male personification had been somewhat sexist, and marginally misogynist, though nonetheless it has been broken down significantly throughout the past decades or so. It bodes well in a world that is turning out to be less patriarchal, in which the male personality are now able to freely embrace areas pertaining design, style, and even self-grooming; which were all once deemed somewhat feminine industries and consequently unsuitable, to be adopted.

For quite a while, menswear had focused on the general aspect of ‘fashion’. However, ‘style’ appears to be a significantly more important, and current word to use now. Naturally, men can be intrigued on fashion, however, this genre have understood personal style as being something more profound. 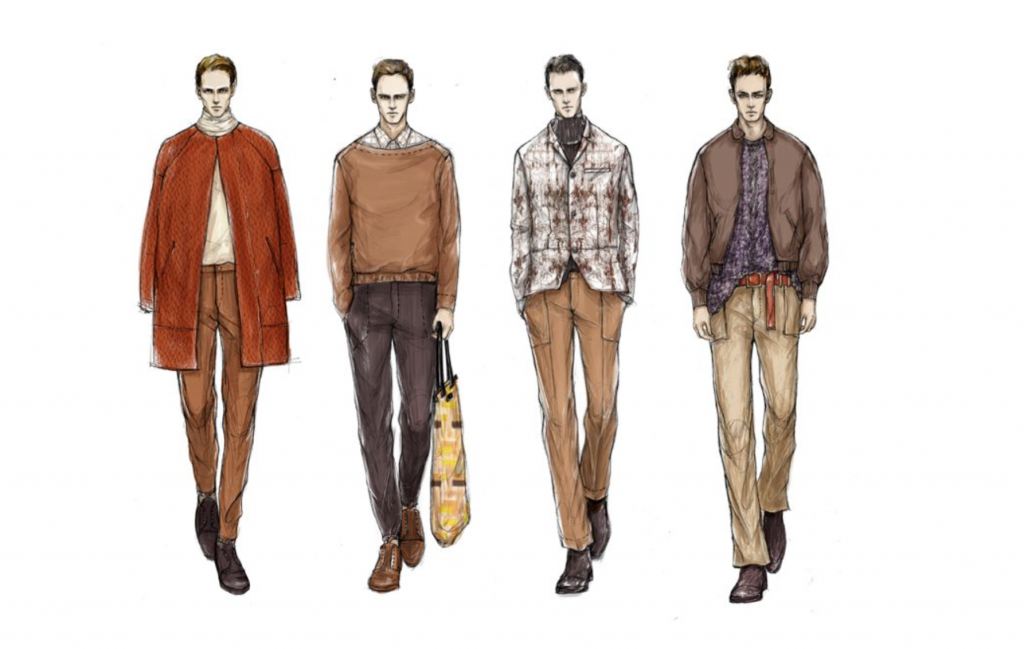 Menswear has often been associated with sharp tailorings and silhouettes, such structures are usually linked with masculinity, and has been utilised to design/create most formal wear garments and even some casual wear. Although the designs, materials, and tones may change from season to season, nonetheless, for a long duration of time the general silhouette had consisted of angular and tapered shapes.

The significant impact of street and athletic apparel – has been remarkable even among the designer brands – the development has made menswear both more urban, more congenial and attractive. At present, luxury, streetwear, and active apparel have all converged into the latest tasteful apparels driving design forward. There has been a major step away from sombreness, with is a new accentuation on ease, performance, and gratification, desirable traits for the overall male genre. Formality has drifted, on a fundamental level, men are not wearing garments seen as solemn i.e ties, or formal trousers etc, thus indicating a move further away from the conventional suit. 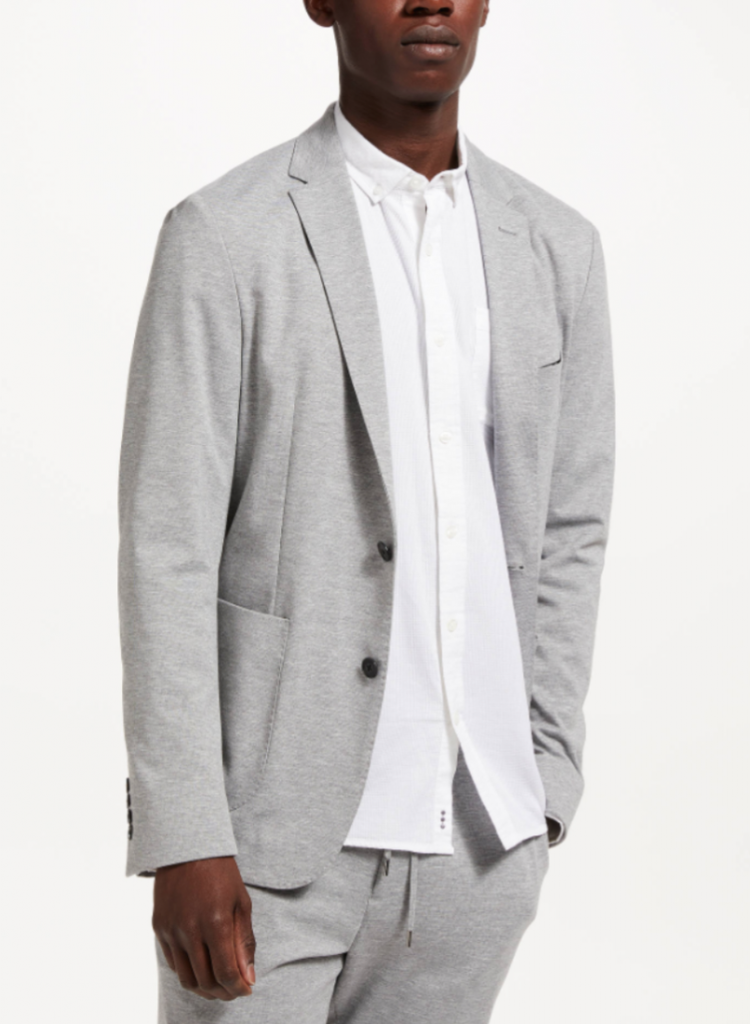 For instance, the men youth market are exploring their options, by pairing casual pieces with smarter items in their wardrobes, stepping away from the status-quo; men have become more experimental with their wardrobe choices. Additionally, a great deal of guys are no longer obliged to wear a suit for work. Be that as it may, some of the male genre still desire to wear smart clothing in a casual manner, similar to how one would sport a snug tracksuit; ultimately they are searching for the next level of comfort!

The idea to bring about such an outfit, is being heavily adopted and implemented by a range of companies, both high and low end. Off White, Supreme, ASOS, Moss Bros, alongside a plethora of other menswear retailers are amongst this list, despite the fact that these brands are notably recognised for there range of forefront tailoring, they are now bringing into place the ‘Athleisure suit’.

It seems as though men have gone through various style training! Through magazines, and recently by means of personal styling service’s that are readily available, now more than ever, and of course not forgetting online media. In all, these sources have produced a sense of worthiness amongst men, by igniting their enthusiasm towards style and trends. Men now own a high regard, towards their physical appearance, and desire the perfect customised fit when it comes to fashion. As a result, specialised fittings have surged, and continue to be in demand. 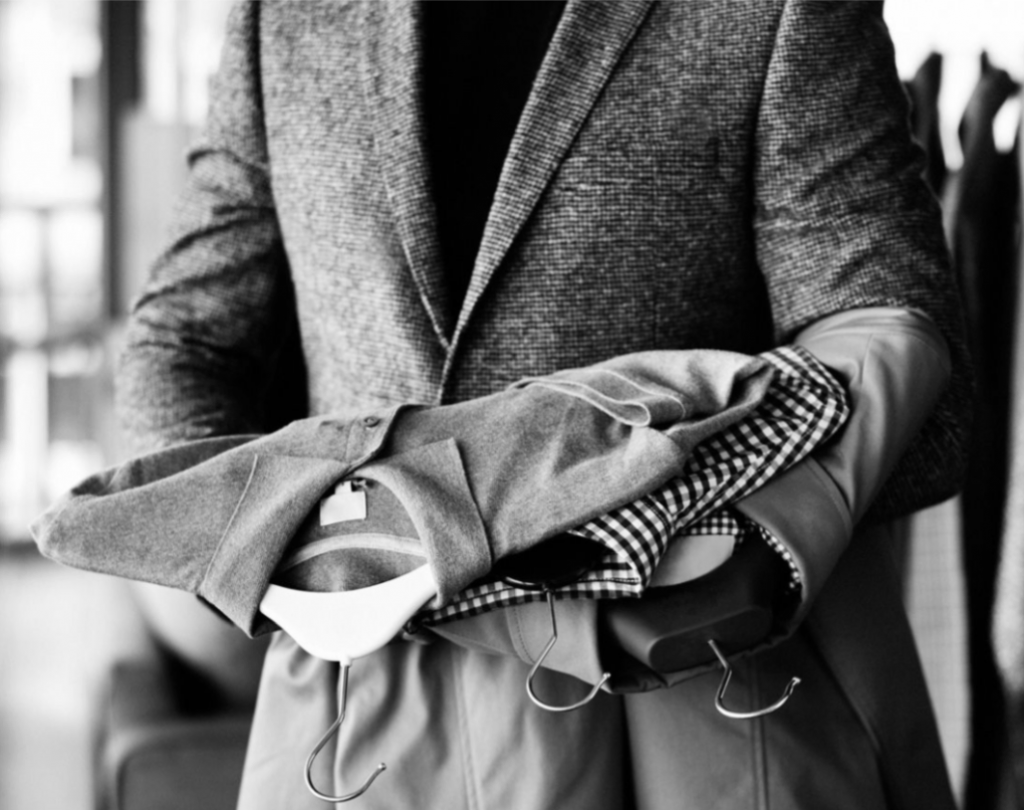 The modelling industry have also enhanced their use of male models. There is a pattern towards ‘street casting’ in London, as edgier and more youthful male models are scouted for runway work. So while menswear campaigns are gaining more extensive crowds, their countenances are becoming more recognisable, and subsequently inspiring the modern day man. Moreover, the utilisation of craftsmanship has been enhanced, with designers partnering with artisans to offer unique style pieces; and thus encouraging guys to explore their most preferred look.

Overall, we may witness an increase in ‘liberated’ style pieces, in men’s fashion for the prospect years, and ultimately within the long run. As the main focus will be concerning the fit, comfortability, and appearance of garment pieces, instead of whether or not it comprises of female ornaments or masculine hues. The menswear industry is not solely expanding, but it is also remodelling quickly to serve numerous generations.